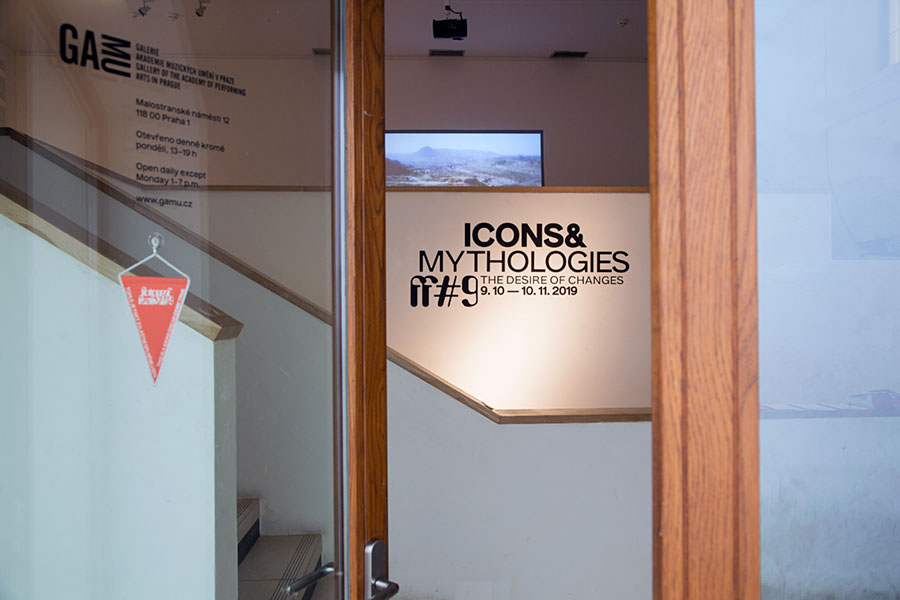 Posted at 16:17h in by Lucie Soukupová 0 Comments
0 Likes

THE DESIRE OF CHANGES

Artists: Zbyněk Baladrán, Kapwani Kiwanga, Violaine Lochu, Lucie Rosenfeldová and Matěj Pavlík, Zorka Ságlová, Martin Zet. Curated by Fabienne Bideaud, in collaboration with Bubahof. Revolution is a political act of protest and reform to which the exhibition presents a meta-idea via a mythological and iconic dimension. These are more subversive and personal forms of construction, but this does not reduce their commitment to ideological or identity struggles. On the one hand, it is a question of reality appropriation where the line between narration and fable, real and figurative is blurred and creates a space to shape a meaning – a mythology. On the other hand, it is a question of faith, when a person and/or object embodies a dissidence, a challenge, a struggle – an icon. For some, projects assembled in this exhibition present this mythological construct built for the purpose of protest and pressure. The accession of a person who, through their acts and personality, becomes an image – an icon – of dissidence or struggle. And they are also interested in action and representation in its collective dimension. In his multimedia installation, Martin Zet focuses on the figure of the activist Patrice Lumumba, a Congolese politician who was murdered for having led the Belgian Congo to independence. While doing research about this iconic personality, Zet noticed that the access to information about his history differs based on the search engine language used. This question of history transmission and variation penetrates the project Leaflets & Compassions (2019) of Lucie Rosenfeldová and Matěj Pavlík who analyse the notion of perfecting the democratization of the media. Where to find reality and truth in the images offered to us? In a video image – sound projection conceived as a poem, they offer a new viewpoint on the event of the Velvet Revolution by analysing images produced by students in the Most region as counter-information in order to inform the miners about political news not communicated through the official media of the regime. During a 1970 performance, Zorka Ságlová took over a legend, a popular myth in an artistic act with a feminist cause. In Laying Napkins Near Sudoměř she spread out roughly 700 napkins in a triangle on a field near Sudoměř, the site of the famous 1420 Hussite battle. This action refers to the local folklore saying that Hussite women spread out pieces of cloth on muddy terrain to make the Catholic Roman cavalry an easy target for Hussite warriors when their spurs became entangled in the cloth. To this idea of faith and federative history Violaine Lochu conceived a sound installation Unchorus (2019) around the notions of choir and revolution. In a time when the European project seems to be weakening (Brexit, the rise of nationalistic parties…) and various protest movements emerge without being able to bring about real change, this sound installation tries to describe this complex period dominated by doubts, worry and the difficulty in finding a common voice. It was exactly to overcome the idea of the common and racial segregation that the musician Sun Ra created a personality which surpasses reality and is anchored in a parallel history: a myth, a legend. The video The Sun Ra Repatriation Project (2009) by Kapwani Kiwanga represents an artistic gesture aiming to repatriate Sun Ra to where he came from: Saturn. Sun Ra, a jazz musician who died in 1993, claimed he came from Saturn and promoted an “astro-black” philosophy which confirmed his extra-terrestrial origin. Finally, the video of Zbyněk Baladrán One Step Forward, Two Steps Back (2019) is a thought experiment on the dilemmas one is constantly exposed to. How can one correctly in a political sense? How does one avoid betraying one’s ideals on various levels and in various contexts? How can one avoid betraying oneself? Through Angela Davis, her tour through the socialist countries, and Jiří Pelikán and his open letter calling for the support of political prisoners in Czechoslovakia, this video – named after a quote by Lenin – delves into our collective memory. This is represented by our 3D model of an IKEA store. As a flawless sales model, but also as a metaphor for the process of forgetting, it shows us that the dilemmas are the same and keep repeating. Only the environment changes over time, continually creating new types of traps that are all too easy to fall into. 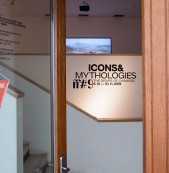 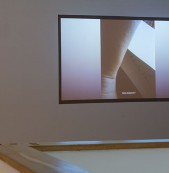 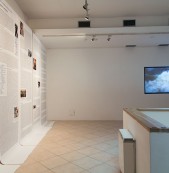 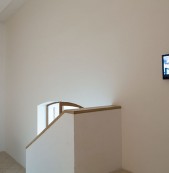 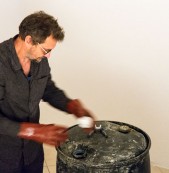 Performance during the opening: Intro made by Martin Zet and a barrel of acid. Then Violaine Lochu with her piece Babel, Babel.

Captions of the exhibition

The exhibition within Fotograf Festival #9 takes place in Gallery AMU.

This project was supported by the Foundation for Contemporary Art and GESTOR – The Union for the Protection of Authorship.