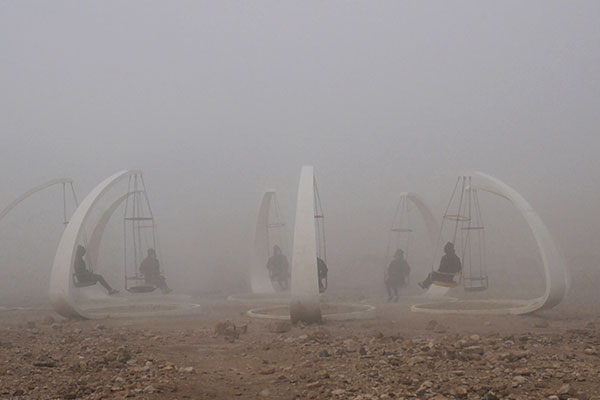 Posted at 18:33h in by Lucie Soukupová 0 Comments
0 Likes

After the Desert Goat

After the Desert Goat is the outcome of an eight-month period of self-directed residency in a small desert town, surrounded by wild landscapes and old military bases, where desert goats outnumber the human population. Weiss composed the landscapes she collected there into a looped scroll, where different elements are merged into one another. The ground of a swing set is a top of a cloud, the bottom of the cloud is the edge of a vertically placed valley, and so on. In this unreal universe, created out of real mise-en-scènes, Weiss is leading the viewer endlessly between hope and despair, creation and destruction, genesis and death. Through the vast presence of animals, surrounded by neglected architectures and militaristic monuments, by standing on the actual edge of this land, she is trying to imagine its end. The last human is standing on the mountain top of a wild country. This is also a beginning. 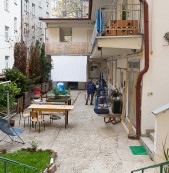 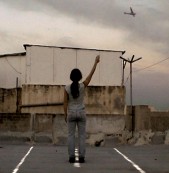 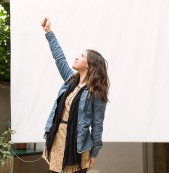 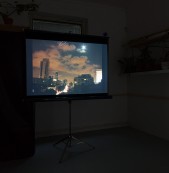 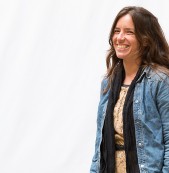